The Association of U.S. Catholic Priests, FutureChurch, and Voice of the Faithful are launching a new initiative to foster education and conversation on women deacons.

On May 12, 2016, Pope Francis―responding to a question posed by members of the International Union of Superiors General―said that he would establish a commission to study the question of ordaining women deacons in the Roman Catholic Church. That commission was formally announced in August 2016 and began its work in November 2016.

“Already in 2013, AUSCP called for consideration of ordaining women deacons. As the papal commission continues its work, it is important that Catholics―lay and ordained―undergo their own study and discernment of the history and present possibility of ordaining women to the diaconate,” said Fr. Bob Bonnot, Chair of the Association of U.S. Catholic Priests. “DeaconChat provides that opportunity.”

“This initiative is designed to foster educational efforts to enrich dialogue on women deacons,” said Donna B. Doucette, Executive Director of Voice of the Faithful. “The program has three important components: learning, sharing, and connecting.”

“The initiative includes important educational materials, a link to purchase Phyllis Zagano’s book Women Deacons: Past, Present and Future, and guides for inviting clergy to dialogue,” said Deborah Rose-Milavec, Executive Director of FutureChurch. “We hope Catholics in the United States and around the world will be inspired to start a conversation in their parish.” 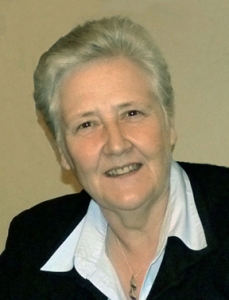 “Marie Collins of Ireland is a clergy sexual abuse survivor who resigned March 1 from Pope Francis’ Pontifical Commission for the Protection of Minors. Cardinal Gerhard Müller, the head of the Vatican’s Congregation for the Doctrine of the Faith, gave an interview shortly following Collins’ resignation. Collins has written an open letter to Müller in response to that interview.”

… Finally, with respect, Cardinal, I do not know what the motivation is in regard to any difficulties put in the way of the pontifical commission. All it wishes to do is bring better protection to children and vulnerable adults wherever in the world the Catholic Church is present. If there are problems, nothing is gained by maintaining a pretense that all is well.

“I would ask that instead of falling back into the Church’s default position of denial and obfuscation, when a criticism like mine is raised the people of the church deserve to be given a proper explanation. We are entitled to transparency, honesty and clarity.

“No longer can dysfunction be kept hidden behind institutional closed doors. This only succeeds as long as those who know the truth are willing to remain silent.”

Pope Francis has announced he will create a commission to study the possibility of allowing women to serve as deacons in the Catholic church, signaling an historic openness to the possibility of ending the global institution’s practice of an all-male clergy.

“The pontiff indicated he would create such a commission during a meeting at the Vatican Thursday with some 900 leaders of the world’s congregations of Catholic women religious, who asked him during a question-and-answer session why the church excludes women from serving as deacons.

“The women religious, meeting with the pope as part of the triennial assembly of the International Union of Superiors General (UISG), told Francis that women has served as deacons in the early church and asked: ‘Why not construct an official commission that might study the question?’

“The pope responded that he had spoken about the matter once some years ago with a ‘good, wise professor’ who had studied the use of female deacons in the early centuries of the church. Francis said it remained unclear to him what role such deacons had.”

Voice of the Faithful’s Women’s Initiative is dedicated to the proposition that all baptized Catholics—women and men—have equal access to all positions within the Church and have a voice in all decision-making processes. VOTF encourages conversation on all ministries and opportunities for women, but we focus our project work primarily on the restoration of the female diaconate.

Women Deacons: How Long? — paper on restoring the female diaconate to the Church (15 pages)

One of the most severe critics of the church’s handling of the sex abuse scandal spent several days last month briefing members of the Vatican commission appointed to advise Pope Francis on the issue.

“In a phone interview Monday (July 20), Dominican Fr. Thomas Doyle confirmed that he met with four members of the commission in London after he was approached to consult with the group by commission member Marie Collins of Ireland, who was raped by a priest as a youngster.”

By Tom Roberts, National Catholic Reporter — Click here to read the rest of this story.

The Roman Catholic Church reform movement Voice of the Faithful today thanks the Pontifical Commission for the Protection of Minors and Cardinal Sean O’Malley for presenting proposals to Pope Francis that have led to establishment of a new Vatican tribunal for judicial review of allegations against bishops involved in clergy sexual abuse of children.

At the same time, we thank Pope Francis for approving the tribunal and authorizing funding for it.

Time will tell whether these moves actually result in holding bishops accountable for coverups of crimes, but these steps are the most promising the Vatican has yet taken.

Although thankful that Pope Francis has funded the tribunal, we are awaiting similar funding for the Pontifical Commission for the Protection of Minors. Unlike other Vatican committees, the Commission answers directly to the Pope and not to other Curial offices—and funding is essential for the Commission to maintain its independence from the Curia.

Voice of the Faithful®: Voice of the Faithful® is a worldwide movement of faithful Roman Catholics working to support survivors of clergy sexual abuse, support priests of integrity and increase the laity’s role in the governance and guidance of the Church. More information is at www.votf.org.

The countless victims of clergy sex abuse have been waiting for 30 years for the Vatican to show it really understands the depth of the problem and is willing to do something real about it. Judging by the latest move, naming members of a pontifical commission, victims will have to keep on waiting. Those who have been deeply involved in this issue for the long haul had little hope the promised commission would make a difference, and we probably won’t be disappointed.”

By Thomas P. Doyle, National Catholic Reporter — Click here to read the rest of this column. Fr, Doyle will lead a workshop on “Survivor Support: What You Can Do” at the Voice of the Faithful® 2014 Assembly April 5.

Pope Francis on Saturday named eight people with reputations as reformers in the fight against child sexual abuse as members of a new “Pontifical Commission for the Protection of Minors,” a line-up that includes German Jesuit Fr. Hans Zollner, who’s long been on the front lines of the church’s recovery efforts …

“Zollner spoke to the Globe on March 22 about the Vatican’s new anti-abuse commission.”

By John L. Allen, Jr., The Boston Globe — Click here to read the rest of this interview.

Allen will be a guest speaker at the Voice of the Faithful® 2014 Assembly: Turning Talk into Action on April 5 at the Connecticut Convention Center, Hartford, Connecticut.

When Vatican initiatives involve clergy sexual abuse, Catholic Church reform-minded, survivor-supporting movements like Voice of the Faithful® react with guarded optimism. This is the case once again regarding the Pontifical Commission for the Protection of Minors, which was instituted this past Saturday, Mar. 22, having been originally announced Dec. 5, 2013.

A major reason for optimism this time is the commission’s initial composition. Five of the eight members are lay people, and four of those are women. One, notably, is an outspoken, internationally known clergy sexual abuse survivor, Ireland’s Marie Collins. In addition, the sole American on the commission, Cardinal Sean O’Malley of Boston has one of the better records on clergy sexual abuse among the Church’s hierarchy. He also has considerable experience supervising settlements and trying to clean up dioceses damaged when the extent of clergy sex abuse was revealed.

According to the Vatican, the eight newly named members of the Pontifical Commission are to prepare its statutes and define its tasks and “competencies.” From VOTF’s point of view, the principal tasks of the commission must include full transparency, a reckoning of all those involved in the scandal. Also, the commission’s statutes must guard against future secrecy and provide discipline for offending hierarchy.

VOTF has been working to accomplish these goals for 12 years; SNAP, the international abuse survivor group, has called for justice for the past 25 years; and canon lawyer and survivor supporter Fr. Thomas Doyle presented his first report on clergy sexual abuse from his position in the Vatican embassy as long ago as 1984. Announcement of this new Vatican commission is long past due.

The Vatican announcement also stated that Blessed John Paul II and Pope Emeritus Benedict XVI had declared the importance of rooting out such scandal, establishing the full truth and taking necessary steps to prevent such crimes from ever being committed again. Pope Francis, the announcement said, is following in their footsteps, and he “has made clear that the Church must hold the protection of minors amongst Her highest priorities.”

Perhaps this time the Vatican will match action to its rhetorical support for justice. VOTF sees the use of lay specialists on sex abuse and the inclusion of a survivor on the new commission as a critical first step. Next steps will be equally critical. VOTF will continue its part in healing the Church.

Voice of the Faithful®: Voice of the Faithful® is a worldwide movement of faithful Roman Catholics working to support survivors of clergy sexual abuse, support priests of integrity and increase the laity’s role in governance and guidance of the Church. Click here for more information.