When Pope Francis ascended to the chair of St. Peter in March 2013, the world looked on in wonder. Here at last was a pope in line with the times, a man who preferred spontaneous gestures to ritual forms. Francis paid his own hotel bill and eschewed the red shoes. Rather than move into the grand papal apartments, he settled in the cozy guesthouse for visitors to the Vatican. He also set a new nondogmatic tone with statements like ‘Who am I to judge?’

“Observers predicted that the new pope’s warmth, humility and charisma would prompt a ‘Francis effect’ — bringing disaffected Catholics back to a church that would no longer seem so forbidding and cold. Three years into his papacy, the predictions continue. Last winter, Austen Ivereigh, the author of an excellent biography of Pope Francis, wrote that the pope’s softer stance on communion for the divorced and remarried ‘could trigger a return to parishes on a large scale.’ In its early days, Francis’ Jesuit order labored to bring Protestants back into the fold of the church. Could Francis do the same for Catholics tired of headlines about child abuse and culture wars?

“In a certain sense, things have changed …”

By Matthew Schmitz, The New York Times — Click here to read the rest of this commentary.

In the first two years of his papacy, Pope Francis has stirred great expectations for change among Roman Catholics who believe that the church has not kept pace with the social transformations of secular society.

“Nowhere are those hopes felt more keenly, perhaps, than among women, often the driving force behind local church communities, but who say that their voices remain marginalized.

“Though the pope has repeatedly cited the importance of women in the life of the church, critics say he has at times proved strikingly tone-deaf toward the sensitivities and needs of women (for example, describing five women he appointed to a committee as “the strawberries on the cake”).”

By Elisabetta Povoledo, The New York Times — Click here to read the rest of this story.

Pope Francis at the 1-Year Mark 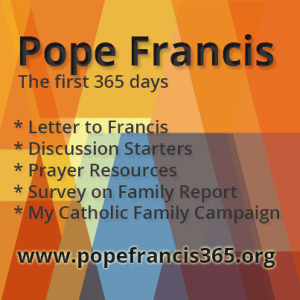 Here’s a website dedicated to the first year of Pope Francis’ papacy. Just click the icon. While there, look under Discussion Resources to see Voice of the Faithful’s® paper on Church Governance vis-à-vis Pope Francis.

No Excuse for Priestly Child Abuse / The Boston Globe

On the question of how far papal authority extends, the canon law of the Catholic Church could not be clearer: ‘The vicar of Christ … possesses full, immediate, and universal ordinary power in the Church, which he is always able to exercise freely.’ (Can. 331) Note that canon law does not say, ‘except in cases of priestly sex abuse of children.’ Canon law does not say that priests and bishops are independent contractors. Canon law does not say that what happens in Catholic parishes and dioceses around the world has nothing to do with Rome. In fact, another canon reads, ‘By virtue of his office, the Roman pontiff not only possesses power over the universal church, but also obtains the primacy of ordinary power over all particular churches and groups of them.’ (Can. 333)

“How to square that sweeping papal power with the shameless dodge put forward by the Holy See in this era of church disgrace — the claim that, when it comes to protecting children from abuse, the Roman Catholic Church is legally responsible only to safeguard those living in the confines of Vatican City, a tiny city-state that would fit inside New York’s Central Park eight times …”

By James Carroll, The Boston Globe — Click here to read the rest of this column.

Looking for clues as to where the Catholic Church is heading under Pope Francis? John L. Allen, Jr., sizes up the Pope’s first six months in an article in National Catholic Reporter, “Francis at the Six Month Mark Seems a Force of Nature.” Here’s how it begins:

As it’s come to be understood in the 21st century, the papacy is really an impossible job. A pope is expected to be the CEO of a global religious organization, a political heavyweight, an intellectual giant, and a media rock star, not to mention a living saint. Any one of those things is a life’s work; rolled together, they’re a prescription for perpetual frustration.

“Yet at his six-month mark, which falls today (Sept. 13), Pope Francis is drawing better reviews on those five scores than anyone might reasonably have anticipated back on March 13, either in terms of the magnitude of the task or the background of 76-year-old Cardinal Jorge Mario Bergoglio of Buenos Aires, Argentina.”

Click here to read the rest of the article.

What kind of Church can we expect from Pope Francis?

Posted by Voice of the Faithful in Vatican on March 19, 2013

Ahead of his formal installation as pontiff on Tuesday (March 19), Pope Francis was sending clear signals that he intends to lead a papacy markedly different from his predecessor — and perhaps different from that of any other pope in modern times.” By David Gibson, Religion News Service